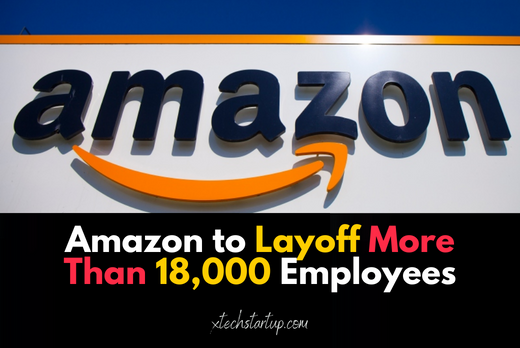 Amazon has announced that it will be laying off more than 18,000 employees, as part of the workforce reduction plan that was revealed in November. The internet retailer made the announcement on Wednesday.

The layoffs, which will affect several different divisions within the company, will primarily impact Amazon’s human resources and retail operations. According to a blog post from Amazon CEO Andy Jassy, employees who are being laid off will be notified by January 18th.

“Amazon has weathered uncertain and difficult economies in the past, and we will continue to do so,” Jassy wrote in the post.

When Amazon CEO Andy Jassy announced in November that the company would be reducing its workforce, he did not specify how many jobs would be cut. It was generally believed that around 10,000 positions would be eliminated. However, Jassy has now revealed that the number of layoffs will be more than 18,000. In the same announcement, Jassy stated that the cuts will continue into 2023.

Prior to the COVID-19 pandemic, Amazon was already the dominant player in the US e-commerce industry. The unprecedented increase in online shopping due to lockdowns and stimulus cash caused the company’s profits to soar for over a year. As a result, Amazon rapidly increased its hiring, doubling its employee count from around 800,000 at the end of 2019 to over 1.6 million by the end of 2021.

However, in the middle of 2022, Amazon’s growth slowed and the company posted its first loss in seven years at the beginning of 2022. At the time that CEO Andy Jassy announced the job cuts in November, Amazon’s stock had lost around half of its value in the previous 11 months.

Jassy explained in November that the process of reducing the workforce was made more complex by the current economic challenges and the fact that Amazon had recently hired a large number of employees. The company had already begun cutting back in various areas before the November layoffs and buyouts were announced.

In the past few months, CEO Andy Jassy has halted testing on Amazon Scout, the company’s robotic home delivery initiative, and has also closed down the Amazon Care telehealth and nursing service as well as Fabric.com, an online fabric retailer. In September, Amazon imposed a hiring freeze for small teams, followed by a corporate-wide freeze earlier this month.

The layoffs at Amazon reflect the challenges currently being faced by the tech industry. In recent months, other tech companies such as Twitter, Microsoft, Meta, and Google have also had to lay off thousands of workers.