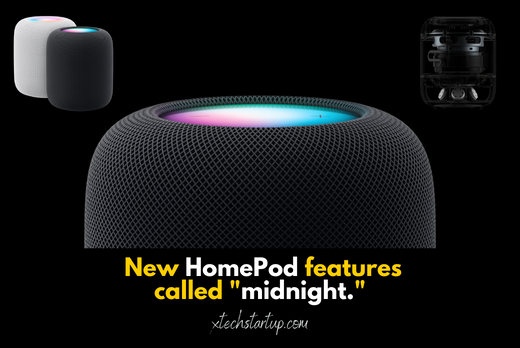 Apple Revives Full-Size HomePod with New Second-Generation Model: After being discontinued in 2021, the HomePod makes a comeback with updated features and a $299 price point.

The first-generation HomePod faced criticism for its limited compatibility with non-Apple content and the limitations of Siri compared to rival virtual assistants. However, Apple hopes that the new model will appeal to consumers with its improved functionality and outstanding audio quality.

After discontinuing the original HomePod, Apple released a smaller and cheaper version called the HomePod mini. But it was not as successful as the company hoped it would be.

The new HomePod has added features, but it doesn’t fix the main complaints of the previous model.

Such as its limited compatibility with non-Apple content and the limitations of Siri as compared to other virtual assistants like Alexa and Google Assistant. Despite this, the new model comes with a range of new functionalities and capabilities that could appeal to consumers.

The new HomePod now supports the wireless Thread protocol and the matter smart home standard, which was a highlight of the CES event this month. Apple has been focusing on smart home capabilities across its products. The HomePod now has humidity and temperature sensors that can be integrated into smart home automation systems. These sensors were previously present in the HomePod mini and are now activated. Additionally, the HomePod will be able to detect carbon monoxide and smoke alarms in the future through a software update.

Which chip used in HomePod

The new HomePod features Apple’s S7 chip, previously seen in the Apple Watch Series 7. However, it has fewer speakers and microphones compared to the 2018 model, with five tweeters and five microphones, down from seven.

It’s not clear yet how this will affect the audio quality, but it’s worth noting that the HomePod’s audio performance is also based on its computational capabilities.

The new HomePod comes in white and a color called “midnight” and is priced at $299. It is now available for order and will ship to buyers on February 3rd. The HomePod mini, released in 2020, remains available for purchase at $99.