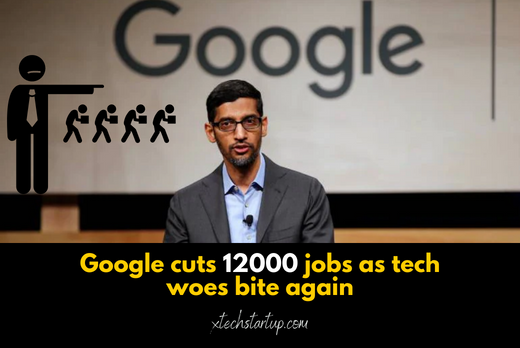 On Friday, Alphabet—the parent company of Google – announced that it will be cutting around 12,000 jobs globally. As it faces a changing economic reality, becoming the latest US tech giant to undertake large-scale restructuring.

The decision to cut jobs at Alphabet follows a similar move by Microsoft, which announced plans to reduce its staff by 10,000 in the upcoming months. Other tech giants such as Facebook owner Meta, Amazon, and Twitter have also made similar cuts as the tech sector braces for an economic downturn.

“Over the past two years, we’ve seen periods of dramatic growth. To match and fuel that growth, we hired for a different economic reality than the one we face today,” Alphabet CEO Sundar Pichai said in an email to employees.

“We’ve undertaken a rigorous review across product areas and functions to ensure that our people and roles are aligned with our highest priorities as a company,” Pichai said, adding that the workforce would be reduced by around 12,000 positions.

“The roles we’re eliminating reflect the outcome of that review.”

According to Pichai, American employees have already been informed about the job cuts, while reductions in other countries will take longer due to adherence to local labor laws. He also mentioned that the cuts will be across different departments, functions, levels of responsibility and regions.

Pichai added. “The fact that these changes will impact the lives of Googlers weighs heavily on me, and I take full responsibility for the decisions that led us here.”

Pichai stated that the job cuts are aimed at “sharpening our focus” on new priorities, specifically the need to increase investments in artificial intelligence.

“Being constrained in some areas allows us to bet big on others,” he said.

The job cuts will also be met with severance packages for US employees, which include 16 weeks of salary, their 2022 bonus, paid vacation, and six months of health coverage.

In their layoff announcements, both Pichai and Microsoft CEO Satya Nadella highlighted the significance of making the most of their advancements in Artificial intelligence technology in their job cut announcements, reflecting the renewed competition between the tech giants, which has been sparked by Microsoft’s increasing partnership with the San Francisco startup OpenAI.

Tech site Layoffs.fyi reported that nearly 194,000 employees in the tech industry have lost their jobs in the US since the beginning of 2022, not counting the job cuts announced by Alphabet. Additionally, other companies such as Hewlett Packard and Salesforce, a cloud computing giant, have also announced significant layoffs recently, as the effects of inflation and rising interest rates slow down growth in the industry.