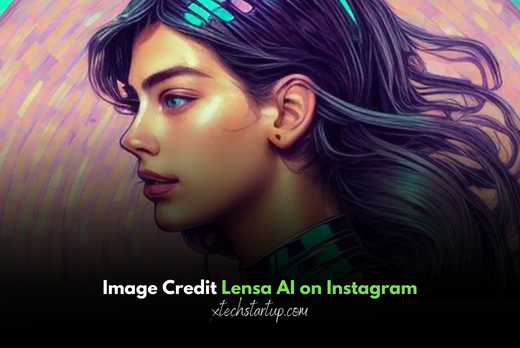 Lensa AI, a San Francisco-based startup, has seen its popularity skyrocket in recent weeks, the success of its “magic avatars” on the App Store. The company, which uses AI technology to create customizable avatars, has climbed the charts to become one of the top-rated apps on the App Store.

The app, which is available for both iOS and Android devices, allows users to create their own personalized avatars using a simple and intuitive interface. The avatars can be customized with a wide range of features, such as different hair and eye colors, skin tones, and facial features. Once created, the avatars can be used in a variety of ways, such as in social media posts, messaging apps, and video calls.

According to app analytics firm Sensor Tower, the company has amassed about 22.2 million worldwide downloads and almost $29 million in consumer spending. The recent release of the company’s “magic avatars” has led to a significant spike in popularity, with the app being downloaded 1.6 million times in November, a 631% increase from October. The U.S. is Lensa AI’s largest market, accounting for 58% of consumer spending, but the app has recently seen a surge in popularity in Brazil, where 31% of November’s downloads originated. In fact, downloads from Brazil increased by 24,450% month over month.

Its viral “magic avatars” feature, which was released in late November, has helped the app climb to the number one spot on the iOS App Store’s “Photo & Video” charts. At the time of publication, YouTube is in third place and Instagram is in fourth place on the same charts. The success of the feature has contributed to the app’s viral popularity and significant growth.

When you download Lensa AI, you’re immediately greeted with a pop-up inviting you to join a seven-day free trial to use their AI editing tools — if you don’t cancel in time, you’ll be charged $39.99 for unlimited use of the app for a year. You can bypass this screen without committing to the trial, but the free version of the app is very limited and doesn’t include the viral magic avatar feature.

For 50 unique avatars, consisting of five variations of 10 different styles, you will need to pay $3.99.