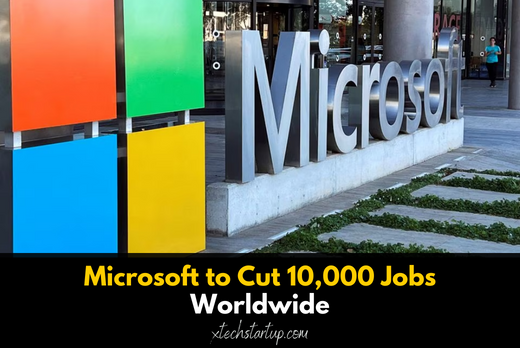 Microsoft, one of the world’s largest software companies, has revealed plans to cut 10,000 jobs, representing 5% of its workforce. The move is in response to a change in customer priorities and the current economic climate.

This news comes as a number of other major technology companies such as Amazon, Apple, Meta, and Twitter have also announced layoffs. Microsoft’s employees were informed of the job cuts on Wednesday, with some taking effect immediately.

In a note to employees, Microsoft CEO Satya Nadella acknowledged the differing outlook for different parts of the company. He stated that customers are looking to “optimize their digital spend to do more with less” and are being cautious as some regions are in a recession while others are expecting one.

“While we are eliminating roles in some areas, we will continue to hire in key strategic areas,” CEO Satya Nadella said in an email to employees.

“We’re also seeing organisations in every industry and geography exercise caution as some parts of the world are in a recession and other parts are anticipating one,” he wrote.

Nadella also noted that the next big wave of computing is emerging with the advancements in Artificial Intelligence. The layoffs, which will affect less than 5% of Microsoft’s workforce, will be completed by the end of March, and notifications will begin on Wednesday.

Microsoft, like many big tech companies, saw success during the pandemic. But now, as the global economy slows down and consumers face financial struggles, the company’s business is also slowing. Ahead of an investor update next Tuesday (January 24), CEO Satya Nadella announced plans to cut jobs. During this update, he will provide an overview of the company’s financial performance to key investors.