Minecraft on Chromebook: A Future Possibility 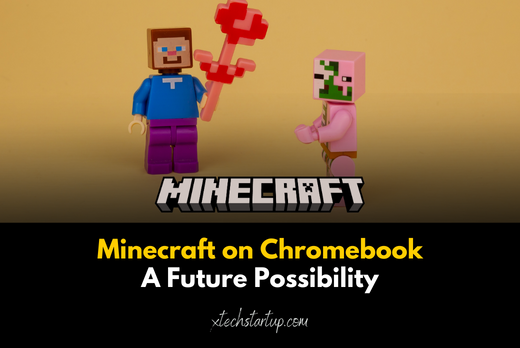 Chromebook’s users have been eagerly awaiting the opportunity to play Minecraft on their devices for years. The wait may finally be over, as indications suggest that the popular sandbox game may officially be launching on Chrome OS. Let’s take a closer look at the evidence and determine if the dream of Minecraft on Chromebook is becoming a reality.

Minecraft artist Lilly/Beacon, a Twitter user, has discovered code in the latest Minecraft Bedrock preview edition that suggests a Chromebook-exclusive trial version of the game is in development. The code also references the Minecraft marketplace, which is included in the Bedrock edition. This evidence suggests that Mojang Studios is working on a dedicated version of Minecraft Bedrock for Chromebooks.

If this becomes a reality, users will be able to play Minecraft on an optimized version specifically designed for Chromebooks, as opposed to using the Android app. Currently, the Bedrock edition of Minecraft is only available to run natively on Windows PCs.

Release Date for Minecraft on Chromebook

At this time, there is only one leaked information available, so it is difficult to predict an exact release date for a Minecraft version for Chromebooks. However, as it appears to be in testing alongside features of Minecraft 1.20, it is possible that it may be released in mid-to-late 2023.

During the Minecraft Live 2022 event in October, Mojang, the game developer, announced that the next major Minecraft 1.20 update would not be released until 2023. Based on previous release patterns, it is likely that this update will become available to players in January 2023.

Previous major updates for Minecraft were released in the following months: June 2022, November 2021, June 2021, June 2020, and December 2019. The timeline announced for the next update aligns with this pattern, except the gap in releases during the pandemic year of 2020.

It’s important to note that the developers of Minecraft, Mojang Studios and Microsoft, have not yet confirmed this leak. Therefore, it’s best to wait for official confirmation and updates.