Predictions for the Creator Economy in 2023 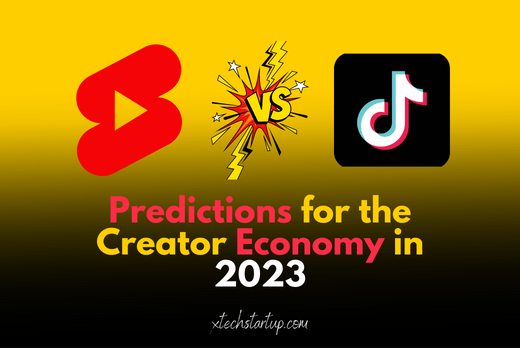 This year, social media platforms and creator-focused startups have faced challenges, with companies such as Snapchat, Patreon, Cameo, and Meta all experiencing layoffs. Additionally, YouTube ad revenue has been decreasing, and funding for creators on platforms like Pinterest has become scarce

Although there have been some setbacks, the creator economy is more than just a passing trend. Despite difficulties faced by some platforms, creators are still able to make a living outside of traditional media and are expected to continue growing in 2023.

One of the most significant developments for creators in 2022 was YouTube’s decision to include shorts creators in its Partner Program, allowing creators of short form content to generate ad revenue for the first time.

In early 2023, creators who have reached a milestone of 1,000 subscribers and 10 million Shorts views within a period of 90 days will be eligible to apply for the YouTube Partner Program. Upon acceptance, these creators will receive 45% of the ad revenue generated by their videos.

This is a significant development, as it has traditionally been difficult to monetize short form video. For instance, TikTok creators can earn revenue through the platform’s Creator Fund, a pool of $200 million that was introduced in summer 2020.

In 2020, TikTok announced plans to increase its Creator Fund in the US to $1 billion over the next three years and double that amount internationally. While this may seem like a large sum of money, it is worth noting that YouTube paid creators more than $30 billion in ad revenue over the past three years. As the pool of eligible creators grows, creator funds may become less effective. For example, a creator in TikTok’s program who has a video with 1 million views may only receive a small amount of compensation. As a result, many popular TikTok creators rely on sponsorships and other off-platform opportunities rather than video revenue to earn income.

TikTok has historically been the dominant platform for short form video, with Snapchat, Instagram, and YouTube following suit. However, the ability for creators to generate ad revenue on YouTube Shorts may incentivize them to shift their focus to this platform.