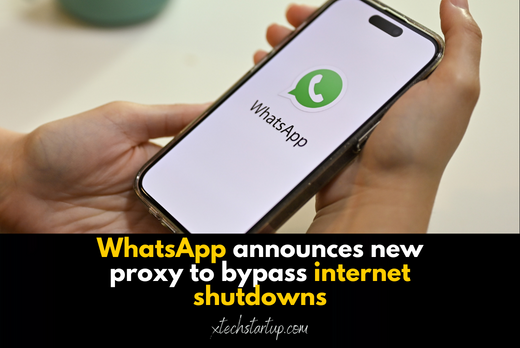 WhatsApp announced on Thursday that it has added support for proxy servers in its messaging app, enabling users in countries where the app is blocked to access the service. A proxy server acts as an intermediary between users and web services, allowing users to bypass internet restrictions and censorship.

WhatsApp stated that the proxy support feature is now available for users with the latest version of the app.

In countries like Iran and Syria, where internet censorship is prevalent, users have turned to virtual private network (VPN) services to access blocked content. In response to this, WhatsApp has now introduced support for proxy servers to help users bypass internet censorship.

Also read: PREDICTIONS FOR THE CREATOR ECONOMY IN 2023

The messaging service stated that it will do everything within its technical capacity to keep the service accessible, and that it is not blocking Iranian phone numbers.

In the event of internet shutdowns, WhatsApp hopes that this new proxy support feature will provide a secure and reliable communication option for users.

After unrest broke out in Iran following the arrest of 22-year-old Mahsa Amini by morality police in Tehran for “unsuitable attire,” the Iranian government restricted access to Instagram and WhatsApp, both owned by Meta.