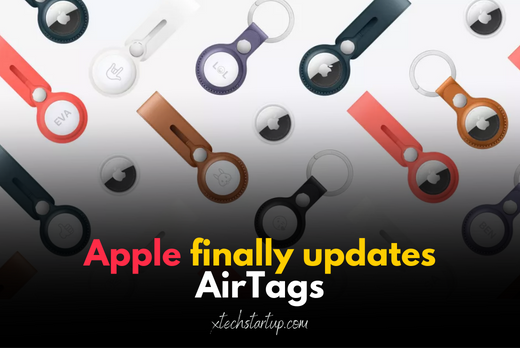 Apple has released a much-anticipated firmware update for its AirTags, aimed at helping users track down unknown tags in their immediate surroundings. This update addresses concerns about potential misuse of the devices by stalkers or other malicious actors.

Apple has released a new firmware update for its AirTags that aims to address concerns about stalking and misuse. The Precision Finding feature in Firmware Update 2.0.24 can detect unknown AirTags moving with you and will emit a sound to help you locate it. iPhone’ notifications will also alert you if an AirTag separated from its owner is traveling with you. This update follows a similar measure taken in April, when Apple increased the volume of AirTags as part of the 1.0.301 update in an effort to better protect users.

To get these updates, keep your AirTag current with a simple Bluetooth connection. Simply bring your device within range of your iPhone, approximately 33 feet, and the firmware will automatically download.

Keep in mind that certain requirements must be met, including having a device running iOS 16.2 or later and equipped with Ultra Wideband technology for spatial awareness. Note that Ultra Wideband may not be available in all countries.

Apple has released the second and third updates for its AirTags, following the release of Firmware Update 1.0.301 in April. The company has promised a total of four updates for the devices, but has not yet revealed what the fourth update will entail. Stay tuned for further updates on this story.