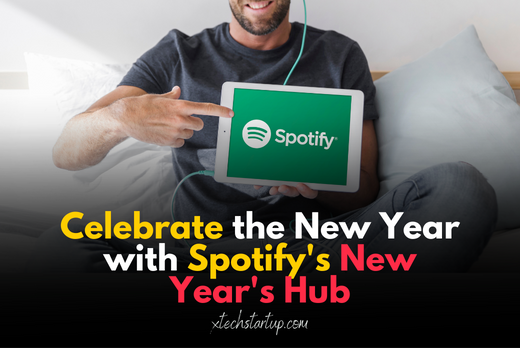 Spotify has unveiled a special Spotify’s New Year Hub to help users celebrate the arrival of 2023. The hub features classic party playlists and artist takeovers from the likes of Charli XCX, Rita Ora, N-Dubz, and Céline Dion. According to the company, the hub serves as a one-stop destination for all things New Year’s Eve.

“We’ve got plenty of music to kickstart your celebration, and it’s all in our freshly launched New Year’s Hub,” Spotify wrote on a blog post. “Whether you want a low-key night or a heart-pounding dancefest, we have you set with featured playlists to match the vibe you’re channeling.”

The New Year’s Hub offers a wide range of playlists for all types of celebrations. For those looking to party, there are upbeat options like “Party Hits,” “Afro Party Anthems,” and “Get Turnt.” For a more relaxed celebration, there are playlists like “Chill Hits,” “Comfort Zone,” and “Chillout Lounge.” In addition to these curated playlists, the hub also features DJ mixes from artists like Tiësto, Hannah Laing, and Benny Benassi.

In addition to its New Year’s Eve celebrations, Spotify will also provide users with resources to set and achieve their resolutions in the new year. Starting on January 1, users will find relevant content on the app’s Home page, which could include workout and meditation playlists. While the exact nature of this content has not been disclosed, it is intended to help users kick off the new year on the right foot.

According to Spotify, the new year is a time of excitement for many of its users, as evidenced by the large number of New Year’s Eve playlists that are created on the platform. Last year, a total of 82,000 such playlists were created between Christmas and January 31, with nearly 40,000 being created on New Year’s Eve itself. Pop, hip-hop, trap, k-pop, and indie pop were the most popular genres played worldwide, while cumbia, discofox, volksmusik, schlager, and partyschlager saw the greatest increase in listenership.

Some of the most popular songs among these New Year’s Eve playlists included “Hey Ya!,” “Uptown Funk,” and “Mr. Brightside.” Many of the tracks that saw an increase in streams were specifically related to the new year, such as Mariah Carey’s version of “Auld Lang Syne – The New Year’s Anthem” and ABBA’s “Happy New Year,” which saw a 2,205% increase in plays.