Google Stadia Shuts Down: Farewell to the Cloud Gaming Platform After 3 Years 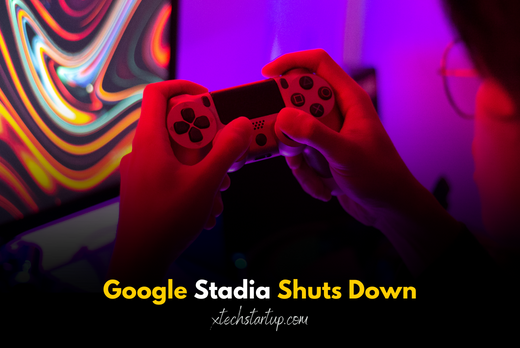 Stadia, the cloud-based gaming platform launched by Google, has unfortunately reached its end. After only a short run of less than three years, the service will officially shut down on January 18th, 2023. This news comes as a disappointment to fans of the platform, who will now have to find alternative ways to access their favorite games.

The platform utilized Google’s network infrastructure to offer video game streaming, allowing players to pick a game and have all the processing performed on Google’s end before being streamed to their device.

While this offered advantages such as no need to download games and reduced load times, it required an excellent internet connection to work as advertised. Even in ideal conditions, testers discovered significant input lag when Stadia launched in November 2019.

In a statement from Phil Harrison, the Vice President and General Manager of Stadia, he confirmed that the service will be ending in the beginning of 2022.

“…while Stadia’s approach to streaming games for consumers was built on a strong technology foundation, it hasn’t gained the traction with users that we expected, so we’ve made the difficult decision to begin winding down our Stadia streaming service.”

This drawback, along with a lack of exclusive titles and limited compatibility with certain devices, contributed to the platform’s limited appeal to a small demographic. Despite amassing a library of 289 games and attracting some renowned titles, Stadia failed to compete with other gaming subscription services.

Google plans to refund players purchases, including hardware and games, and aims to have all refunds completed by mid-January. While Stadia’s demise may be a cautionary tale for gamers investing in new online services, other companies such as Microsoft, Sony, and Amazon are continuing to experiment with cloud gaming and may see success in the future.